As the winter of El Niño 2016 begins to arrive the Friends want to take this time to thank Supervising Ranger Maureen Abare-Laudy, Ranger Justin Gibbons and PMW Jeffery Sobilo for taking such good care of our Reserve. We thank and wish God’s speed to Felipe Franco in his new position at the Tijuana River Park. We welcome PA Maria and PA Ben and look forward to working with them.

We also want to thank our donors and members who are making possible some improvements at the park. More news on that in our next issue, I promise.

The San Diego Union Tribune, Sunday Nov.22nd issue, had a good article on the floods that occurred in 1916. Have you heard of “the 100 year floods?” Be prepared. This may prove to be a wet year.

May you all have a safe and happy Holiday Season enjoying the cooler weather that should be coming soon.

Minutes of the Friends of Goodan Ranch and  Sycamore Canyon

Meeting was called to order at 7:00pm

-Minutes submitted from the August 3, 2015 meeting were moved, seconded and passed as written.

Membership renewals are due January 1, 2016

-Monitoring tablet and weather station request from County Staff has not been made. Future monitoring of endangered or threatened plant species would benefit from the equipment.

– Quick Guide to Climate-Smart and other interesting topics have been covered at the SDMMP meetings. Karen will be attending the November 4, 2015 meeting regarding rare plant monitoring conducted in 2015. 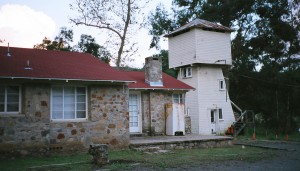 – Board Elections: Carol would like to find a successor and Karen will test the waters…A discussion was held regarding dissolving Friends due to low membership and lack of leadership in the pipeline.

– Carol is soliciting articles for the December 1st Sycamore Sage. We are looking forward to Cathy’s report from her perspective as a live-in volunteer.

– A program for the Rancho Bernardo Historical Society will be made by Carol on November 14th was viewed by the meeting attendees.

Next Meeting: February 2 at 7:00p.m. at the Hamburger Factory on Midland Road, Poway.

On Sept. 23rd  Carol attended the San Diego Monitoring and Management Symposium on climate change. Several case studies for climate smart conservation were presented. You should be able to go to the link below for more information: www.californialcc.org/events/climate-smart-conservation-cse-studies-southern-california-coast

(microbiology degree) and Ben  Madruga(biology degree). We can use the help on multiple maintenance and interp projects. Three race events coming up on Dec 6, 12th and Feb 27th. 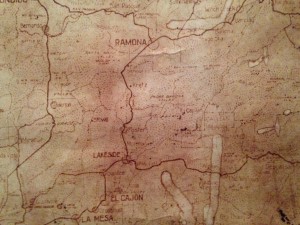 The steamy weather hung around Sycamore Canyon long after it wore out its welcome. One velvet moonless night Ranger Maureen led a small group down the Martha’s Grove trail. Heat and moisture hung on us like a damp towel. The white glow of Ranger Maureen’s flashlight revealed four shiny Southern Pacific rattlesnakes at different points along the trail. She was able to teach the hikers how to exercise caution and respect for this valuable animal. I would say the hikers, including myself, had an awesome and unforgettable experience.

Late summer rains greened-up the canyon. The blazing heat moved out and cooler air eased in. We see deer less often. Now they can find water from condensation and don’t need to use the drinkers near the ranger station. A croaking frog vibrated the air this morning while I was hanging wash. The quail family nesting in the oaks behind our trailer all is grown up but still together. They look like a flock of miniature penguins with topknots toddling around in the crackly leaves.

Getting up early in the chilly morning air has its rewards. The night sky slowly lightens into pastel colors and then bursts into bright pink, purple, blue and gold sunrises. Mike spotted a bobcat trotting along the road during this quiet time of the day.

Now the mice are looking for warm nesting places. I found this out the hard way when my car’s check engine light came on. Mice gnawed some engines wires resulting in a costly repair. Well, live and learn. Now the traps are set! In addition, Ranger Maureen provided us with a machine to put under the car at night. It makes a noise, barely perceptible to the human ear, which mice can’t stand.

On a recent Friday night Mike and I drove to the highway 67 staging area. We like to see the nighttime lights of Santee and Lakeside below. They twinkle like bowls of jewels against the night sky and black mountains. Mike looked at the sky and said, “What is that?” A very large circular blue-green object glowed in the western sky. I wondered if that’s what it would look like if a meteor was crashing to earth. Mike said that military test launches sometimes result in strange looking lights. Later we saw on Twitter that the Navy had launched a trident missile from a submarine in the ocean north of Los Angeles.

It’s hard to believe we have been living in Sycamore Canyon for almost a year. Mike and I wish you peaceful, joy-filled holidays. 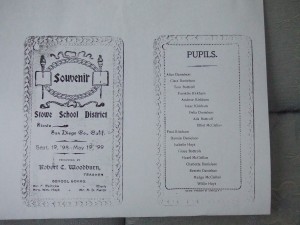 A March 2015 Sycamore Sage article describes our initial participation in the San Diego Management and Monitoring Program (SDMMP) development of a survey protocol for accumulating data about rare threatened and endangered plants indigenous to our local open spaces. Here is an update:

2014 and 2015 have been the rollout years for baseline surveys of 28 species, and several governmental agencies, environmental firms and volunteer organizations have utilized the protocol.

At the November 4, 2015 meeting of SDMMP, 5 presentations were made about the use of the protocol and suggestions were made for the coming year. Goodan Ranch and Sycamore Canyon will hopefully see 2016 county sponsored monitoring, according to Jennifer Price, Land Use/Environmental Planner.

So why is this important to the County of San Diego staff and the Friends of Goodan Ranch? Weather, drought and fires, as well as land use types, shape many of the vegetation layers of our landscape, but Goodan Ranch contains many acres of relatively undisturbed land. That is why the San Diego thornmint, Acanthomintha ilicifolia, has populations that remain fairly consistent and robust. Carol Crafts and other Friends have conducted less formal surveys of thornmint for well over a decade, and we look forward to the implementation of a more scientific driven assessment.

The management of invasive plants is a perplexing challenge in preserves, including ours. One example is the Willowy monardella, Monardella viminea, plant. The known population at the south end of Goodan Ranch appeared to shrink significantly after a huge bloom of Italian star thistle several years ago. The Inspect and Manage Objectives of the SDMMP surveys will identify surrounding plants, invasive and native, document a range of weather data and even document the absence or presence of Argentine ants. Stresses on the native plants will be more easily determined in order to assist land managers in maintaining robust populations like the thornmint and aiding the recovery of struggling plants like Willowy monardella.

Over ten miles of trails and service roads open to hiking, mountain biking and equestrian use.  Preserve visitors are welcome to visit our visitor center.  Live animals and exhibits on Goodan History, Cedar Fire, Kumeyaay and the MSCP are on display.

Events, hikes and programs start at various Preserve locations.  Some require a one mile walk from Goodan Ranch staging to the Visitor Center. ALLOW ½ HOUR TO PARK AND WALK TO THE VISITOR’S CENTER.  Please check descriptions closely.  No vehicular traffic is permitted in the Preserve.  Transportation for those with disabilities can be arranged, by calling the Ranger at (858)513-4737. Goodan staging area accessed from Poway Rd. east on Garden Rd, then south on Sycamore Canyon Rd.  Sycamore Canyon Rd. ends at parking lot.

Highway 67 staging area accessed through SOUTHBOUND Highway 67 only, half a mile south of Scripps Poway Parkway.

All events are free.  For information or to make event reservations call (858) 513-4737 or email Justin.Gibbons@sdcounty.ca.gov.

During rainy weather and post rainy weather the Parks Preserves are closed for safety and damage control due to muddy, wet trails and roads.  Please check the Parks website or call the ranger’s office at 858-513-4737 for Preserve status.

Star Party.   Join SDAA volunteer astronomers and County Parks for a night with the stars.  Come experience the chance to view our galaxy using the same technology used by the professionals.  Viewers get a chance to see many amazing sights, depending on time of year, that they wouldn’t normally see without the trained eye of the astronomers.  Come prepared to be amazed.

Program will be held at Highway 67 Staging area accessed Highway 67 southbound only.  RAIN or CLOUDS CANCEL.

Dec 5 Christmas at the Santee Barn; 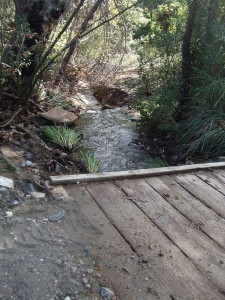 Raptor Rap.   Join Ranger Maureen and her live raptors to learn all there is know about these magnificent birds.  Eating habits, nesting, and survival will all be discussed along with biology, ecology and conservation.  Guests will also get a chance to see live raptors on display.  Bring your questions and curiosity.   Feathers, skull reproductions, and pellets will also be on display for your examination.  Don’t miss this opportunity to see your local large birds of prey.  Space is limited to 50 so please call (858)513-4737 for reservations.  Guests will park at Goodan Staging area and must walk approximately 1 mile down to visitor center.

Program will be held at Preserve Visitor Center. 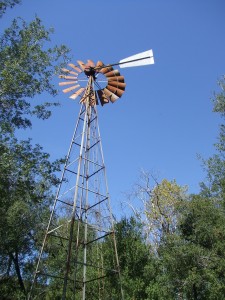 Dirty Feet 100K/50K/Half-Marathon.   Dirty Feet Productions and park staff will be hosting a foot race here in Sycamore Canyon on the 27th of February.  More info including race and registration information can be found at www.dirtyfeet.ca or by contacting park staff at (858)513-4737.

All Memberships are from 1 January of each year.

PLEASE MAKE YOUR CHECK OUT  TO: “FRIENDS OF GOODAN RANCH”AND SEND IT TO: MEMBERSHIPS 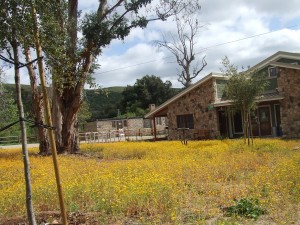 Our book, Goodan Ranch and Sycamore

Canyon; A history of the land, then and now, is available for $5.00