I became involved with the Goodan Ranch when I met a granddaughter of the Goodan Family, through a program we were both involved in. While researching the history of the area for docents at the Preserve, I became fascinated by the township of Stowe.

Stowe was located at the top of Sycamore Canyon.   In the 1880s, families began settling in the area southeast of Poway and north of Santee along a well traveled route used by farmers taking produce to El Cajon as well as the train stops in Foster and Santee.  This route was recognized in 2003 as the Stowe Millennium Trail.   Homesteaders in Sycamore Canyon hoped to see the railroad go through Poway and connect them to the surrounding areas.

In 1884 families began to file homestead claims at land offices in Los Angles, which meant that they had already been living on the land for several years.   In 1889 a post office opened in Stowe receiving mail twice weekly.  By 1903 the office had 32 patrons.

1890 saw the opening of a school at the top of the canyon for the homesteader’s children.  The school originally served the children of eight families in the area.   By 1903 the Stowe school was closed and students went to either the Poway or Santee school districts.   The school house was sold for $25 and the wood was used to build another dwelling.   1905 saw the post office close as well.   While the town of Stowe remained on Triple A maps of the area until 1914, it was quickly dwindling away as families moved on.

Why did this town, which seemed so promising just a few years before, disappear so quickly?   After years of researching, I believe that the disappearance of Stowe is related to several different factors which came together to make Stowe a difficult place to live.   The railroad spur which had been planned to go through Poway, Stowe, and Ramona was canceled in 1896 leaving Stowe isolated and hard to reach.   This time period also saw some extreme weather in the area with alterations between torrential rains and drought making farming a difficult endeavor.   The twin challenges of uncertain weather and difficult transportation made Stowe a less than ideal place to live and many families from the Stowe area saw children marry and move into either Poway or Santee. Charlie Bottroff, son of the Stowe Post Master and Post Mistress, married Josie Fischer, daughter of the former Stowe Postmistress, and moved to Santee as a blacksmith. Other children moved to Poway or Escondido. 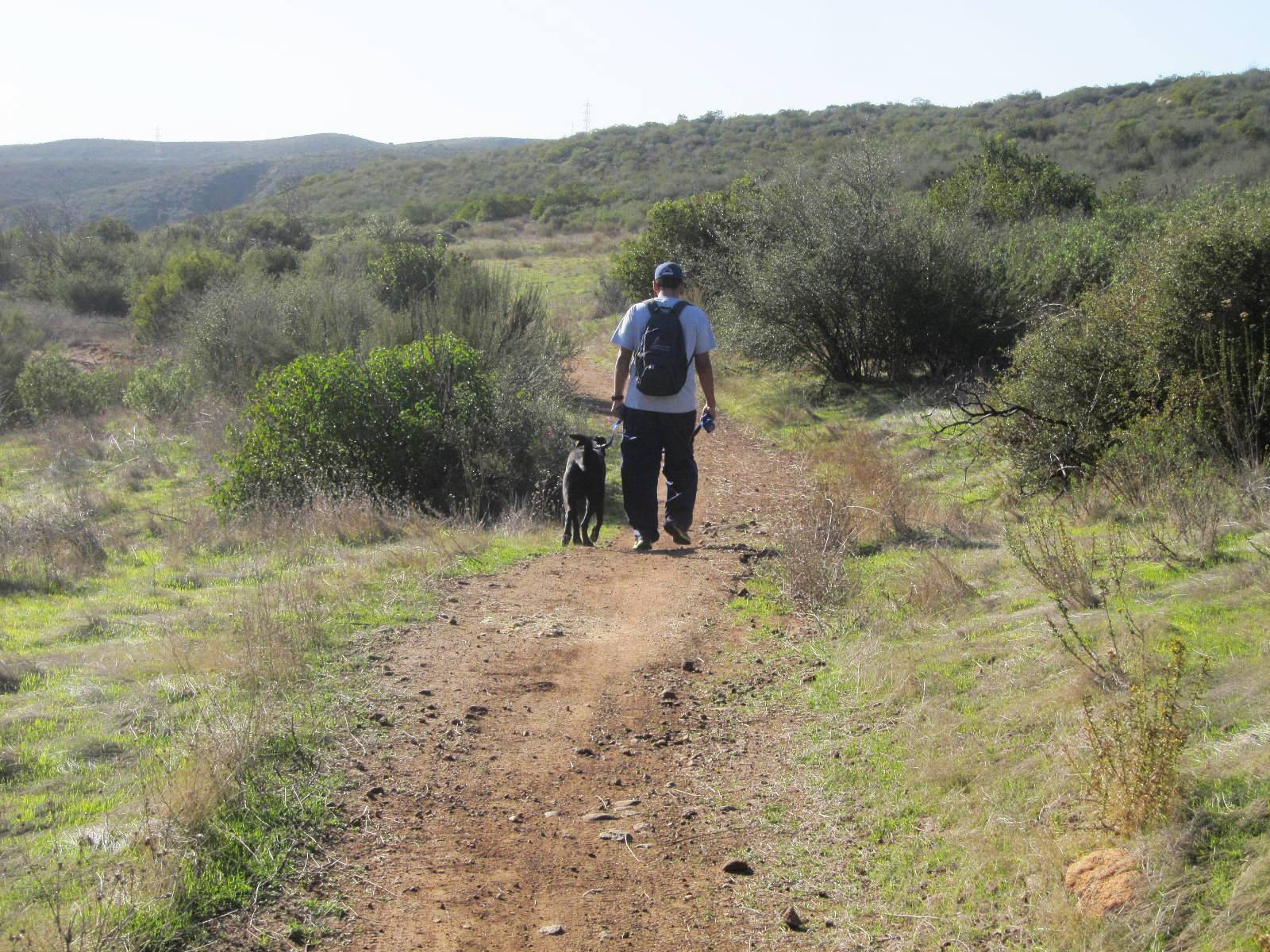 You grab your leash, and your dog automatically starts heading for the door.  He knows it’s time for a walk.    Now its time to learn how to properly how to hike with a dog. 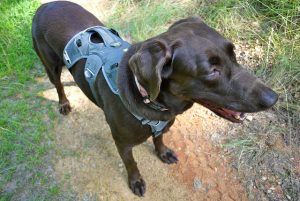 But this time it’s no ordinary walk around the neighborhood. This time you’ve decided to go for a hike in a San Diego County park and you’re bringing your canine companion along for the journey.  But now you need to learn how to hike with a dog in San Diego County.

The good news is dogs are allowed at virtually all County parks.  The only exceptions are Wilderness Gardens Preserve and the trails at Agua Caliente.  Assistance or guide dogs are always welcome at all parks as long as they are in compliance with all regulations and check in with park staff.

Before you head out, there are some preparations to follow and guidelines and tips you’ll want to keep in mind to make the hike enjoyable for both you and your dog. (How to hike with a dog in San Diego County.)

Know how to how to hike with a dog.

Hiking with your dog in a County park is a great way to get some exercise and enjoy a change of pace from your usual walks around your neighborhood.  If you observe the above tips and guidelines, you’ll be sure to enjoy your hike and some quality bonding time with your pup.  NOw you can see you really know how to hike with a dog in San Diego County 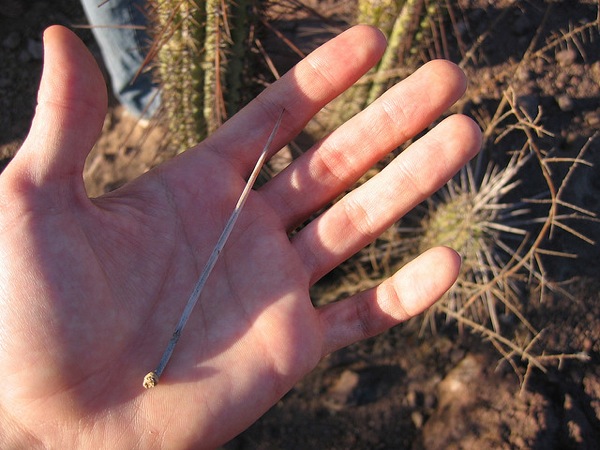 Have you ever found yourself in a sticky and prickly situation on a trail?  Have you wondered how you were going to get those painful cactus barbs  out of your hand, arm, or maybe, leg?  Some of them are very large, but some are so small they break before you can get them out!  Well, one of our park rangers has some good tips on how to remove cactus barbs.   if you ever find yourself stuck with some barbs., here is how to remove them.  Easily and quickly…you just need the right tools! to remove those cactus barbs.